Skip to content
“This book is your answer and ultimate guide to getting plug-n-play answers to writing what we call in the business persuasive sales copy.”

GET YOUR COPY TODAY!

What you will learn with this Book

Tired of looking for the right words? Struggling to explain your value? Think you would make more money if people really understood what your organization does? You’ll never be stumped again! This is all about the best words and how to use them.

Welcome to the ultimate resource guide for marketers, advertisers, and entrepreneurs.

You don’t even have to read the whole book to get instant value. Most of the book is compiled of stand-alone sections and chapters designed to give you fast and easy answers to your word searches.

Get the first 44 pages of Word Genius book Instantly! 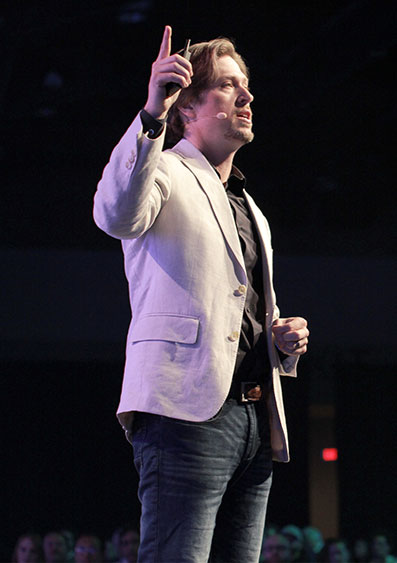 David T. Fagan is a columnist for the Beverly Hills Times Magazine and the host of the California Cable TV show, The Hollywood Entrepreneur.

He is also the former CEO of Guerrilla Marketing, which sold over 23 million books in 62 languages all over the world, as well as the former owner of LCO Communications, a Beverly Hills PR firm that has represented 58 Academy Award Winners, 34 Grammy Winners, and 43 New York Times Best Sellers.

David is regularly sought out by the media on entrepreneur education and cracking the icon code. He has recently been featured on Fox & Friends, the Today Show with Matt Lauer, The Washington Post, Forbes, Investor’s Business Daily, Your World with Neil Cavuto, Fox’s The Five, and What’s Happening Now. And most recently won the award for Entrepreneur Educator of the Year from Infusionsoft.

He is a best selling author and an International Speaker in places as far away as Bangladesh and Australia. He has shared the stage with everyone from Former Secretary of Defense Dr. Bob Gates to Mark Victor Hansen.

“David has a way with words. Those that have envied his talents for putting them together in a powerful way now have the opportunity to borrow from his genius and this book shows you how.”

Get Your Copy of This Ultimate Resource Guide. Become A Word Genius Today!